If you overheard my attempt to give the taxi driver directions, or place my “no-fish” order at the tapas restaurant, you would never guess that I have actually taken a collective 4 years of Spanish between high school and college.  You might not have guessed, but my instructors probably would have denied it altogether, after all, my conversation style was often referred to as lazy (or would they say perezosa?). My instructor often felt the need to remind me that smiling, pointing, and choking up a few poorly pronounced words would never successfully get me anything other than a toilet, beer, household items or to the beach and/or hospital.

To add to the, “You Should Have Taken the Foreign Language Requirements More Seriously” case, is the conversation I just had with a man sitting across from me on the train (I use the word conversation VERY loosely).  He pointed to me with a smile, and started to hurl Spanish words at me in rapid-fire fashion, as if he had a word quota to meet before the next stop.  I smiled and explain that my Spanish was rather poor (something along the lines of “habla poco español”).  He laughed and pointed to my chest and repeated himself.  To be honest, some of the words didn’t even sound familiar. His vocabulary was far beyond what the average English speaker would have learned from Dora or Diego, and I was completely lost. Finally, he reached across the aisle, and grabbed the cord to my headphones that were draped around my neck and pulled the earpiece out of my drink.   Apparently he was trying to communicate, “Hey moron, your headphones are soaking in liquid.”    I may have passed classroom Spanish with flying colors, but clearly I am completely inept in real world electronic-preserving Spanish.

Since I hadn’t planned on spending more than just a day or so in Spain, I didn't brushed up on my Spanish ahead of time.  But here I am…

Sometimes well-laid plans are executed without the slightest hitch, other times they simply unravel at the seams and you are forced to re-plot the course.  Or, as in my case, perhaps your plans were not thought out at all…
Regardless, here I sit on a Madrid-bound train, in 5-day-old jeans, with none of my luggage (it didn’t make my flight), drinking vodka from a mini bottle.

As thoughts roll through my head, the countryside rolls on by. Gazing through the sunflower fields of southern Spain, I remember that this very scenery perfectly matches a poster I had framed in my bedroom when I was young.   I am delighted to know that the breathtaking sunflower fields of Spain are real, and not just a fictional print created on a computer by some schmoe at Ikea.

The last time I was in Spain I was with my older brother, Matt, and that trip was impromptu as well.  We were planning to spend a few days in Barcelona and then soak up the sun on the island of Ibiza.  However, due to a crazy storm that swept across that entire eastside of the region, we hopped a plane to Malta and retraced history, only returning to Spain when the storm had subsided. (Hello! We’re from the Pacific Northwest; we are not about to spend our time in Europe soggy.) My current adventure in Spain is proving to be just as capricious.

Thank God I thought to throw a pair of flip-flops and a swimsuit in my computer bag, otherwise I might have gotten desperate and slaughtered my Hudson skinnies with a pair of cuticle scissors and a razor.   When you’re without essentials, and are forced to go primitive, the simplest discovery of a forgotten resource can seem ridiculously luxurious.  You might imagine then the sheer joy that shot across my sangria soaked lips yesterday the moment I discovered a little tube of eye cream my friend Jayme had given me last week hiding in my purse (big hug to you girl).  Umm, hello, Jackpot!! Now I had lip-gloss and eye cream!  What more does a girl need? Shoot, if I could track down some mascara I would practically be female again!

Here are some pictures of my wanderings through Spain, the products of my extended layover. 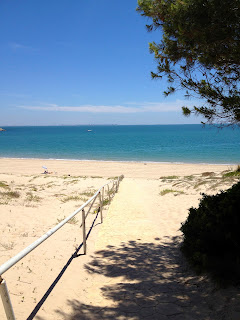 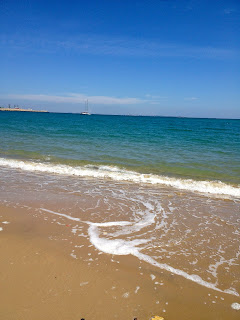 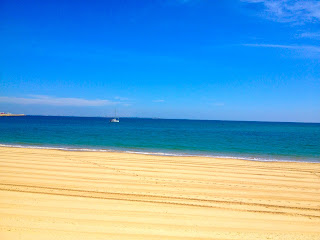 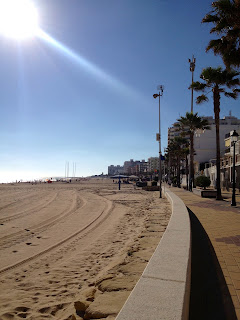 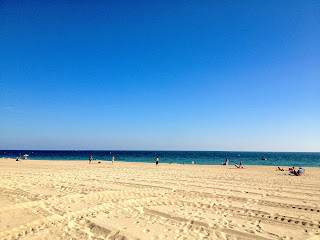 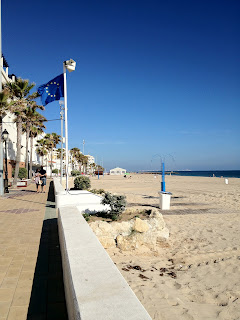 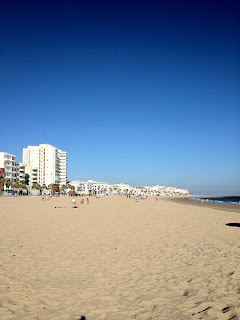 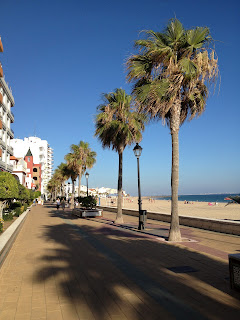 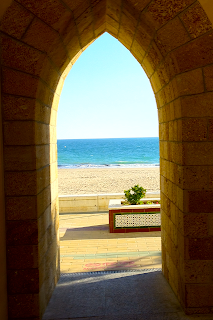 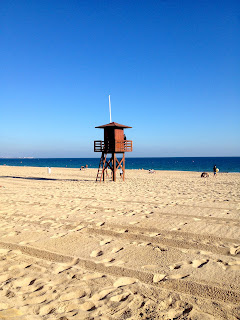 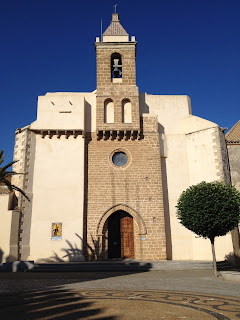 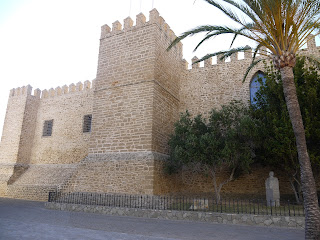 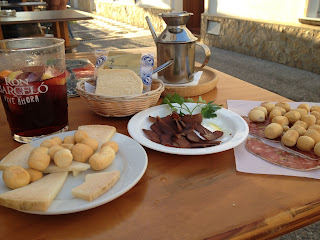 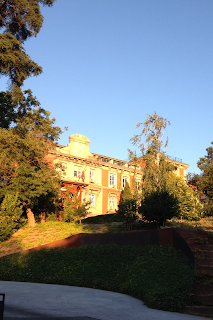 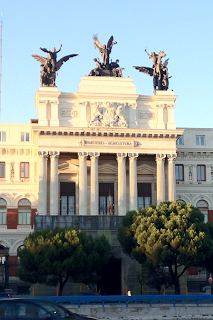 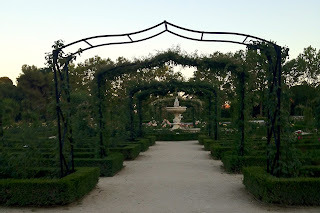 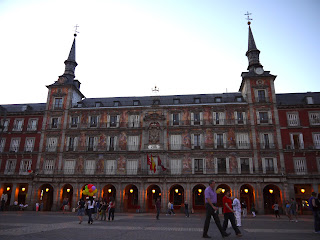 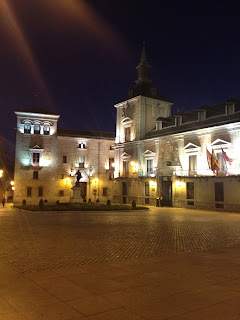 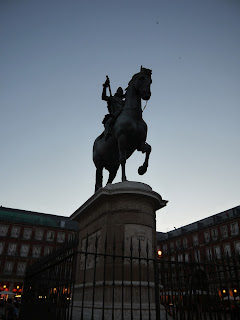 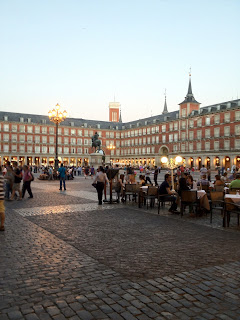 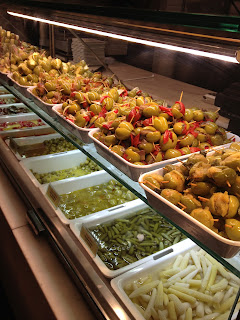 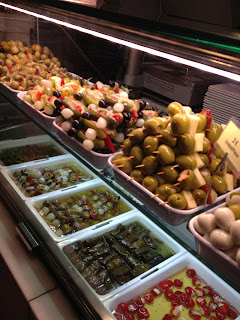 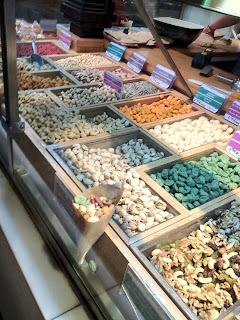 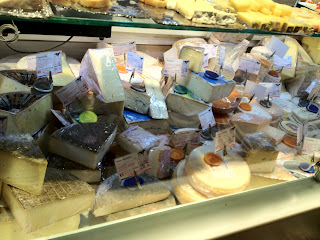 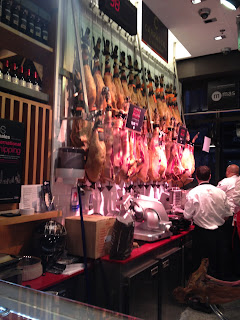 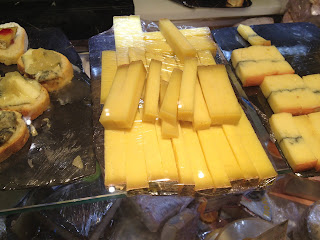