The Man Sitting in 8C

I’ve experienced no shortage of social “low points” in my life.   In fact, probably more than my fair share and definitely more than a single blog post can contain.   The majority of these experiences come only at the expense of my superficiality, and wound nothing more than my ego.  However, every now and then, I have a social failure powerful enough to undermine the confidence I have in the type of person I am.  Usually though, my blunders are of the sort that become self-deprecating comedy, as soon as the pain of the moment has passed.

For instance, a recent low point involved a mishap with my dog’s stool sample.  The vet had asked that I bring one in a couple weeks ago, and being the responsible pet owner that I am, I happily obliged.  I gathered the goods into the vial they provided, then put the vial into a plastic bag.  Because I was already juggling my work bag and laptop, I placed the plastic bag on the top of my purse.  Before heading to the vet, I made a necessary stop at my neighborhood Starbucks.  This is where it all went wrong.  During their ever-busy morning rush, while attempting to pay, the vial somehow managed to roll out onto the counter, horrifying employees and customers alike.   There was no disguising what was within this clear plastic tube!   Heh… whoops.

Another low point that comes to mind was a couple months ago, when I tripped over a sleeping homeless man while walking down the sidewalk because I was texting and not paying attention.   Had my foot not literally been snagged on the 10 or so inches of sleeping bag that were hanging out of the entry way to the school, I would not have even known there was a person there.    Talk about no social awareness.  Not only did my scraped hands and chipped phone feel the folly of that pathetic moment, but I’m pretty sure the sleeping man felt it as well.

One of my favorite charting topping “holy hell I’m a train wreck” stories was several years ago when I was volunteering in Sri Lanka after the Indian Ocean Tsunami.  The accommodations were primitive, so when I had to go to the bathroom in the middle of the night, I grabbed a flashlight and navigated a maze of sleeping bodies and cots. Once inside the makeshift bathroom, I assumed a gold medal worthy gymnast stance and strategically held the flashlight in my armpit while I hovered over the hole in the ground.  At some point, apparently I shifted slightly, because the light illuminating from the flashlight moved from directly in front of my face to the corner of the wooden stall.   Within half a second I went from proudly holding my impeccable yet awkward pee pose, to instant terror. Less than 18 inches from my vulnerable body was a giant Sri Lankan spider (I dare you to Google “Spiders in Sri Lanka” I DARE YOU).  The light reflecting on this heinous creature’s no-doubt-steroid-ridden body was enough to cause my heart to explode through my chest, mouth, and ass all at once. The size and proximity of this bloodthirsty monster terrified me to my core. I swear to this day I aged 10 years in those 10 seconds.   In a panic, I jostled sideways towards the door.  Unfortunately I was still mid “relief” and ended up peeing all over my legs and feet while fleeing for my life.    Emotionally defeated by a lifelong foe, and now covered in my own urine I went back to bed.  This was a low point.  I must add it was probably a low point for unknowing Brecke, my dear friend, who has no idea she was sharing a cot with my freshly sprinkled legs.

Incidents like these require little recovery time. However, I also have committed blunders of a different sort. These mishaps cause me to shudder deep within and experience a shame that is hard to shake…

Like when I boarded my Virgin America flight at LAX this week.    I was off to a bad start, already evidencing a lapse in judgment by booking this flight in the first place. 99% of the time, I fly partner airlines within my mileage plan. I do so not only because I’m a mileage whore, but also because it is addicting to receive complimentary first class upgrades, and the ensuing priority treatment and the bottomless booze that comes with MVP Gold status.  So, nothing against Virgin America (they are probably one of the more classy acts in town), but once coach and the travel woes of the common man have become a part of your distant past, it is really hard to go back.  Despite the protesting of my ambitions to be treated like a wannabe rock-star, I couldn’t pass up the insanely cheap flight Virgin was offering. 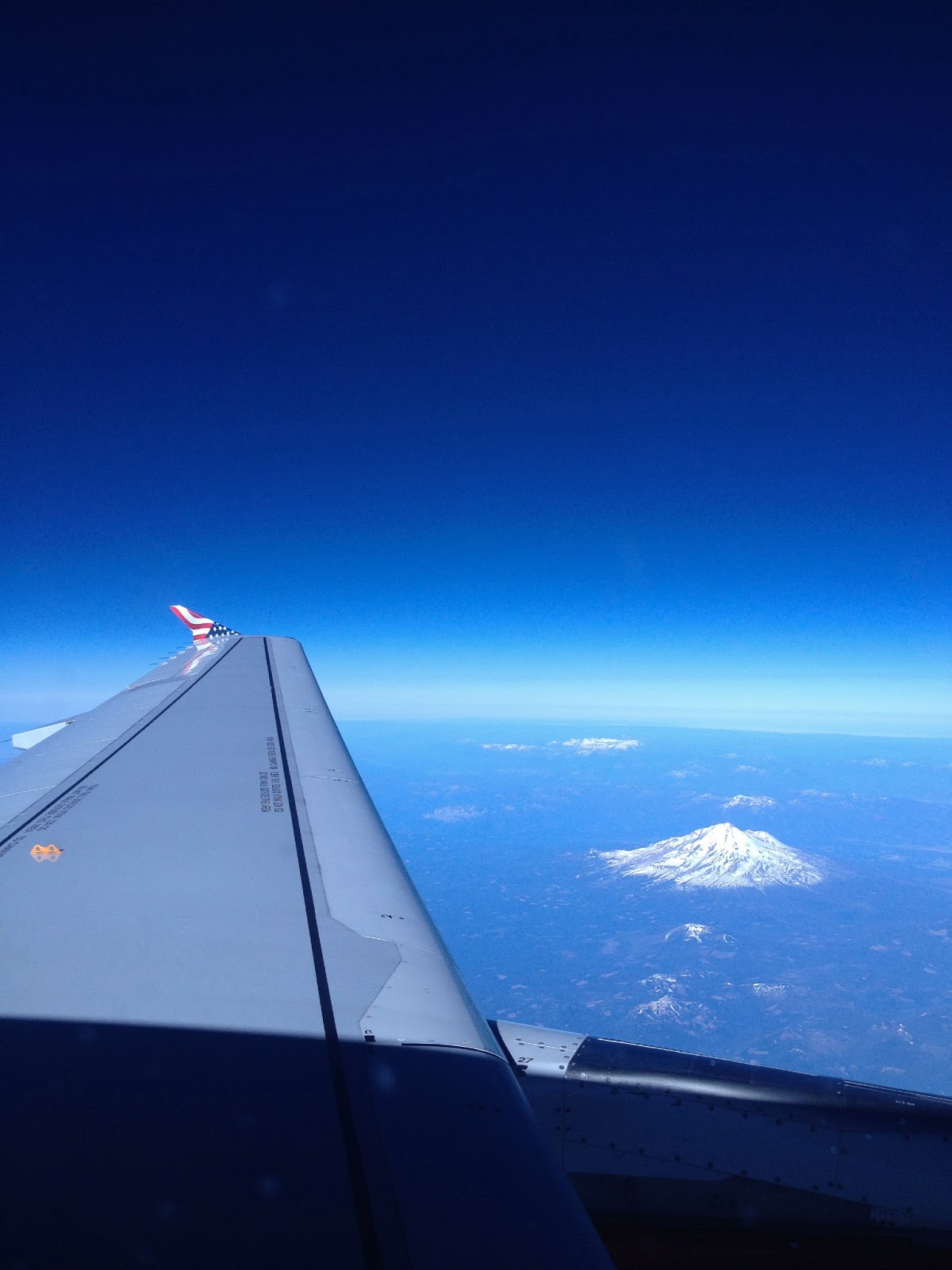 So there I am… walking my half-awake body down the aisle of the Airbus A320. In full early-morning exhaustion, I reluctantly plod into the “economy experience” and reach my row.   My seat assignment would park me in seat 8A, which is a window (a bad omen already… my claustrophobic need to flee, strongly prefers the aisle).   The guy occupying the coveted aisle seat was busy playing a video game.  I politely smiled and said, “Excuse me.” He briefly looked up and went back to his game, saying, “Hang on- can’t pause my game now.”  Huh?? Well that is interesting, I thought to myself. As the passengers boarding behind me were starting to pile up, I studied his face while he continued play, obviously oblivious. I deduced that there might be too much crazy under the surface of this socially inept gamer for me to tangle with pre-coffee.    Once he got around to pausing his game and put his tray table up, he scooted his legs to the side and said, “Just climb over me”.   I snickered to myself, confident that I had accurately assessed him in my two minute snap judgment, and decided that maybe I did want to have a “Come-to-Jesus” meeting with this 30-something year old.   However, since there were children present and I was feeling poised and diplomatic, I replied with a syrupy sweet, “I would prefer to not climb over you in my dress, sir.”  Without even looking up he pressed his body into the chair to allow the most room possible.  Seemingly pleased with his own problem solving skills, he said, “You’re small, you can fit.” Normally I’m not one to cave. Obstinacy usually only provokes me, but since I was blocking the aisle and holding up all the other passengers, I decided to acquiesce and squeezed/tumbled into my seat.  The audacity of his behavior was only heightened when he immediately started playing his video game again.

In due time the flight proceeds, after landing I ensured all my belongings were ready, so I could get off the plane as quickly as possible because I had a work meeting to make.   What should have only taken moments considering I was in row 8, was taking way longer than necessary because Mr. 8C decided he would just sit there and let every row behind us deplane first while he played his game!!  This was ridiculous!   After several rows behind had passed, I kindly asked if I could get by.  As he exhaled a disapproving sigh, he slowly scooted out of his seat and crossed over into the seat across the aisle.  Instantly my heart sank, there was definitely something wrong with this man’s legs.   He grabbed his legs one by one and pulled them in front of himself and resumed playing his video game.  I thanked him and slowly walked off the plane.   Once inside the jet way, I could see a wheelchair that I assumed was awaiting Mr. 8C.

While I’m thankful I had remained gracious and polite during my interaction with this man, I couldn’t help but feel grossly ashamed for my thoughts and internal attitudes about my dealings with this less-than-friendly individual.    It was a good reminder that yes, sometimes people are difficult because they are just douchebags, but also that other people are difficult because they are dealing with something very valid.

This was definitely a social “near miss” for me. I am confident that I would rather be the girl who grosses out the customers at Starbucks with my dog’s feces, falls on my face, or gets pee all over myself and a friend, than to be someone who does not show social grace to the average weirdo on a plane.   We need to be kind, because we have no idea what obstacles people have battled before they reach the moment when their path crosses ours.
Posted by Rachelle at 11:00 PM 1 comments