I had the opportunity to spend a few days in the Southeast this week.   The whirlwind started in Orlando, then went to Atlanta, Augusta, Columbia and even all the way to Charleston’s shore.    (I’m not entirely geographically challenged; I know Orlando is not a close neighbor of Charleston, but when you’re coming from the west coast, the miles seem relative).  After my flight from Orlando to Atlanta, I traded my wings for an “economy” car.    My first mistake was not bringing a car charger… As awesome as a smartphone may be, if you enjoy its awesomeness too long, your battery will be toast tragically premature.   My second mistake was landing at 9:30pm in a city not known for its hospitality or low crime rate.   I asked the bright-eyed boy assisting me at Enterprise rental car where I might possibly stop for a cup-o-Joe before embarking on my two and a half hour drive to Augusta. His you-can’t-make-this-stuff-up reply was, “Uuummm, I wouldn’t really suggesting stopping around here, it’s not a good area. Maybe drive a ways before you stop.  Then, make sure before you exit you can actually see the restaurants from the freeway.”   Ooookay I thought, good to know.   And off I went. Because my phone battery was about to go tits-up, I decided I would forego the online navigation/maps to conserve the precious remaining juice.  Clearly I was entering “the hood” and might need the remaining 13% battery life to find a Kevlar vest retailer or to call 911.    Luckily, I seem to have been born with a flawless sense of direction, and after one look at a paper map (primitive, I know), I had my course mentally charted.  A few hours later I arrived in the beautiful town of Augusta, Georgia with no complications other than the heartburn I got from the drive-thru fried chicken I consumed along the way (when in Rome…).

Two days later, I found myself stopping in the town of Columbia, South Carolina to mail a gift to a friend in San Diego.  Siri claimed there was a UPS Store very close to me, so I followed her dubious directions through town.     After a one-way street debacle, and a parking lot I couldn’t access, I was somehow stuck on a road that was about to force me onto a freeway, one that would no doubt send me to Hicksville. Thinking quickly, I took the first (and last) turn to avoid entering the freeway to Nowhere.   I wasn’t too concerned, the town looked normal at this point, and I was turning onto a road that appeared to be the main driveway to a respectable looking hotel.   I assumed I could drive around the back of the hotel, and get back onto the street heading in the correct direction.   However that was not the case.  My options were going straight into a dead end, turning right into the hotel, turning left onto an unmarked street, or making an illegal U-turn.    I was in no real hurry, so I turned left, and ventured down the unmarked street.    The street was completely overgrown- with long driveways leading to houses set far back off the street, and an overall increasingly rural feel. I soon realized that this street was also a dead-end (even though it was not marked as such).  It had been deceiving in another way as well, what earlier looked to be a turn to the left, was in fact just another driveway to a house not visible from the street.   I decided I would reverse to the nearest driveway where I would turn my gutless rental car around. 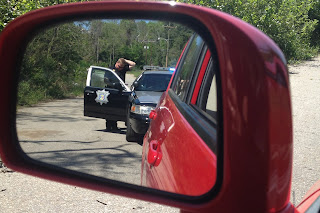 As I threw my cheap-o rental car in reverse, I did the customary “mirror check” (not sure why, there had been no signs of life since I entered this post-apocalyptic street), and that’s when I noticed the flashing lights behind me.  Crap. Knowing full well I was an upstanding citizen, and that I had done nothing wrong, I was rather disturbed to notice Officer Pugsley approaching my car with his hand on his weapon.   He stopped at my trunk/hatch and started to push on it and fiddle around.  I decided that getting out of the car was a bad idea (the bagel brigade NEVER likes that), so I stuck my head out my window and said, “I’m pretty sure this car is made of plastic, you might not want to push so hard.”    Not amused, he slowly walked up to my window, hand firmly gripping his now unholstered gun.   He asked me, “Would you mind telling me what you are doing?”  Being somewhat annoyed with his dramatic arrival to my window, and knowing I had done nothing wrong, I didn’t feel like being jerked around by the redneck pig-circus (this is not a police = pig reference, more of a backwoods justice = corruptions reference… think Bob Dylan’s Hurricane).  I replied with a snicker, “In life? In South Carolina? On this street?  Please be more clear, what do you mean?  Are you wanting big picture, future life plan, or something more specific?”   Not seeming to appreciate the genius of my humor, he asked for my license and registration.   I explained that he would have to settle for my license and rental car agreement.   I handed him the documents and he told me not to go anywhere and returned to his car.  Ummm hello… I’m on a dead-end street and you are blocking the only exit… where do you think I’m going to go?   As I waited for Officer Power-Trip to return, I contemplated giving Siri a peace of my mind.  After all, she is the one who suggested the UPS store that got me into this mess in the first place.   But before I could give Siri the verbal lashing she had coming, I got distracted taking artistic pictures of Columbia’s finest in my rear view mirror (nicely done, right?).   As the minutes ticked by, I was pretty sure Deputy Dip-$#!% was really playing Words With Friends, or updating his Facebook status, because I know there was nothing interesting to see as he checked my out of state driver's license.

An episode of Cops later, he returned and ask me again what I what I was doing.  I then went into a rambling monologue about Siri misguiding me to the UPS store (even showing him the map Siri had coughed up), and almost being forced on the freeway, and how I thought this was going to let me loop back around… blah blah blah.    A little annoyed that I had now been cooking in the 81 degree weather for close to 15 minutes, I asked him, “Would you mind telling me why you pulled me over?”  His response was, “You looked out of place.”   Now I was ticked!  Thank you dear Jesus that I look out of place. That at least was reassuring. But still I had to ask, “Do you make it a habit to just randomly pull people over based on their appearance?”  He responded, “I do.  I always make it a habit to pull anyone over who is driving through a known crack area...  And I want to know what or who you were looking for when you stopped up there.”   Clearly he didn’t know who Siri was, or he would have been directing his questions to my phone.  “I wasn’t looking at anything… I was just looking! As in I don’t make it a practice to drive with my head down.”  Sargent Suck-@$$ then said, “No, you stopped and were looking at something.” Ummmm okay.  “Maybe I’m just curious, or maybe I reached an unexpected dead-end and was contemplating how to turn around… I was just looking.”  I was not appreciating his rationale.  He repeated himself and said that I stopped my car, and leaned forward and looked at something.   “Well please don’t confuse my alert and confident posture as looking for trouble,” I said with a tight-lipped smirk.  He replied, “Did you know that driveway leads to a known crack house?”   So I responded, “Sir, as you can probably surmise by my rental car agreement and out of state license, I’ve been in your fabulous state for about 10 seconds. Besides I only have $3.72 in my wallet, so unless the local crack-heads take Visa, I don’t think I’m going to be buying crack today.”

Eventually, he returned my items, confirmed I knew how to get to the UPS store, and sent me on my way.    I turned around, in the crack house driveway for good measure, then scolded Siri for her epic failure and departed.      Oh the freaking South!    If this is the brilliant way in which they solve problems or fight crime, there should be no question why they lost the war.

Not all was lost in my Deep South adventure, the questionable behavior of the Columbia police didn’t take away all of the Southern charm I had heard so much about.   I tried fried green tomatoes, got a glimpse of the Master’s Golf Course, and discovered the Piggly Wiggly is a real store (and not just something Reese Witherspoon references in Sweet Home Alabama). I also enjoyed exploring historic Charleston for the first time in my life, and was called honey, darling, and sweetie more times than I could count by perfect strangers.   Thank goodness that the majority of the restaurants we patroned served predominately West Coast wines…  Even though it seemed at times as if I was visiting a foreign country, I took this to be a good reminder that I was at least still in my homeland. 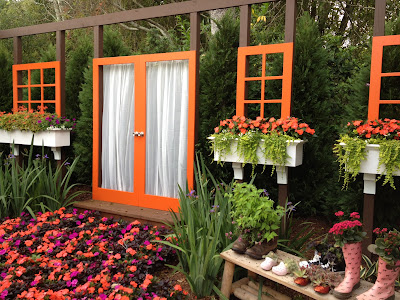 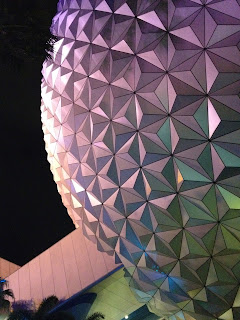 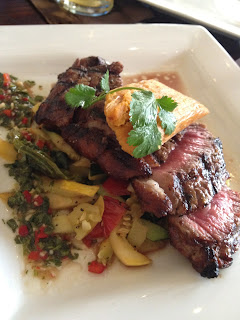 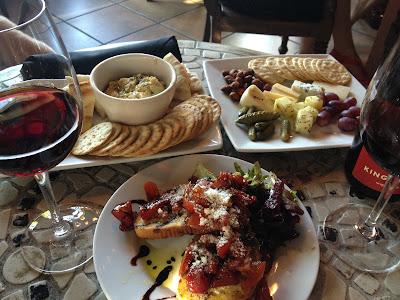 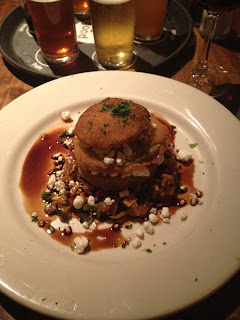 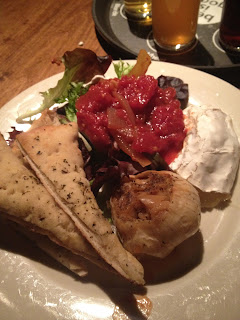 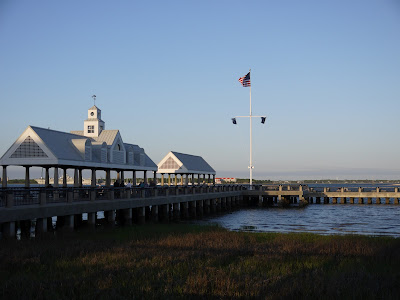 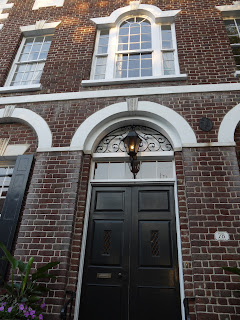 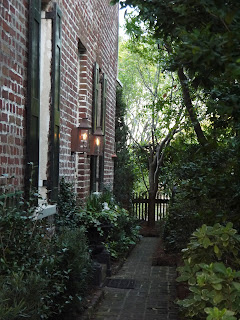 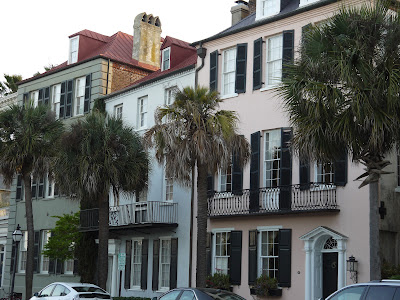 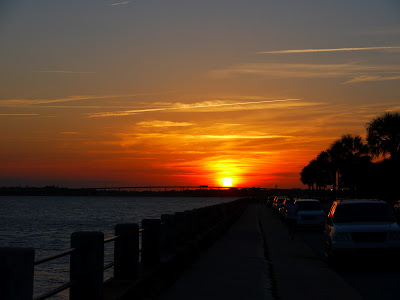 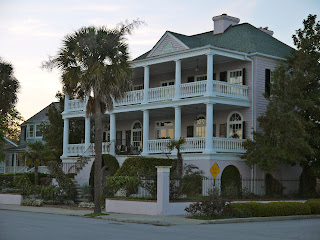 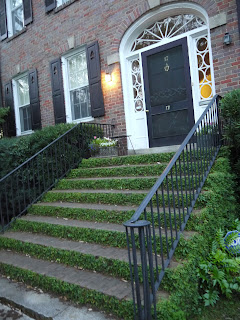 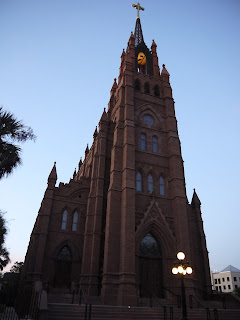 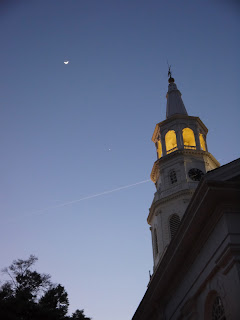 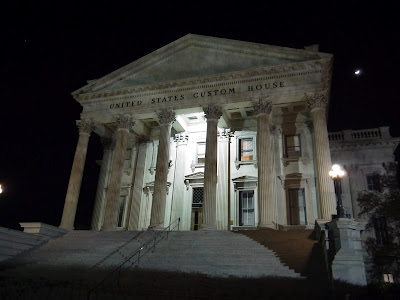